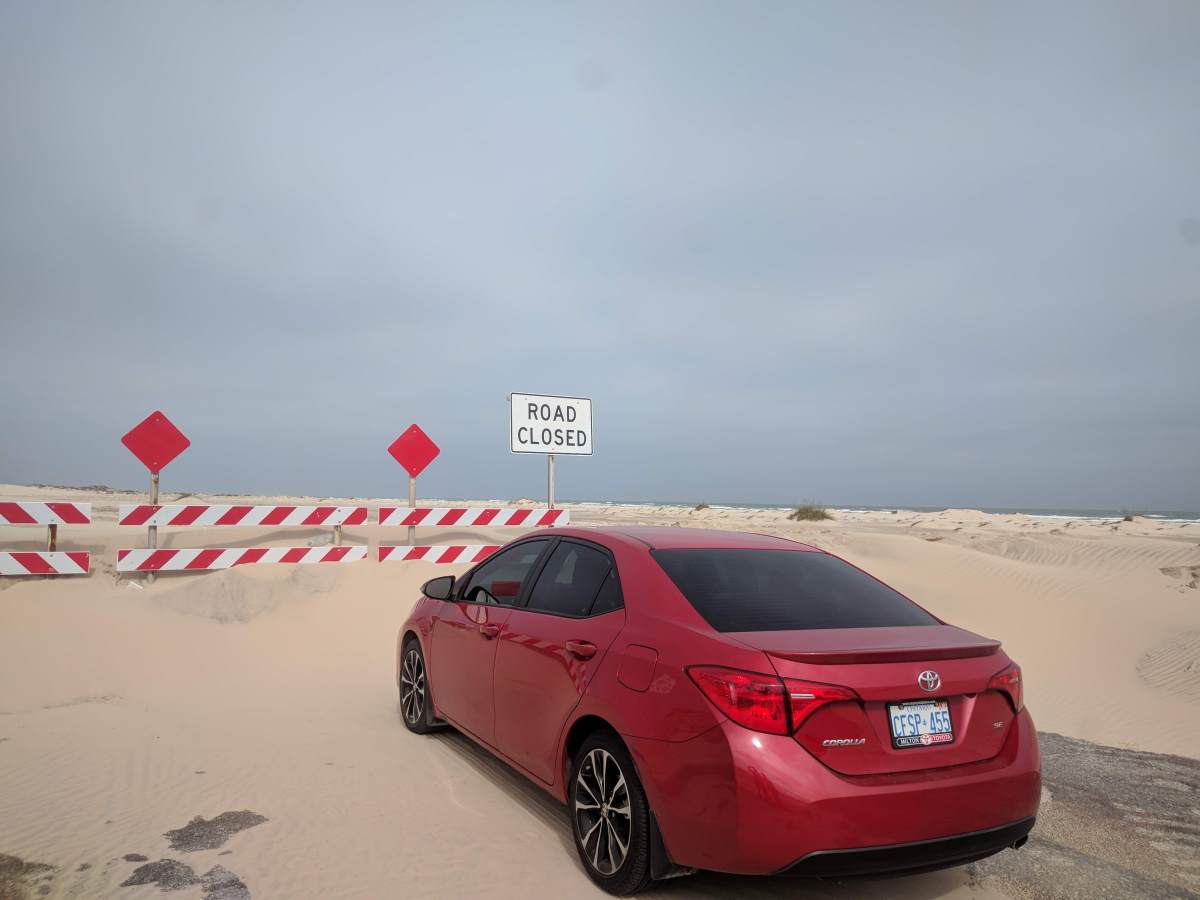 We had a great time on Port Aransas beach (Port A) but it was time for us to move on. We’ve talked before about towing our 2019 Toyota Corolla which we have affectionately named Lily but I don’t think we’ve ever shared any pictures or videos how we do this feat.

So here goes we’re hooking up Lily to Harvey and turning it around on the Port A beach. This will give you an idea of how wide the roadway is at the North end of this island. Kathy drives the rig 99% of the time because she is capable and loves doing it.Port Aransas is a city on Mustang Island, on the Texas coast. It’s known for its Gulf of Mexico beaches and fish-filled waterways. As Port Aransas is on an island we drive South until we get to the Corpus Christi Harbor Bridge that will take us into the city of Corpus Christi.

Our trip has been primarily about smaller towns and villages, that’s what we really like, not the bigger cities and centers. On our trip South we actually bypass Corpus Christi and head south on State highway 77.The land is extremely flat and from time to time we’ll see the border patrol doing checks on vehicles heading in the north direction. We love change in vegetation as it’s really beginning to look desert.It isn’t until January that we will actually be stopped out of order station and that will be on the west side of Texas.We’re heading to Harlingen, Texas and to the FedEx Depot to pick up a previously arranged shipment of a new Sailrite sewing machine. We’ve had our eye on this for some time and aren’t disappointed when we pick it up as planned.

Our plan is to use it for several of the projects that we have in mind including curtains and bike covers. Maybe some future boat projects as well.We headed off to Winterhaven RV park, which is towards South Padre Island in Brownsville. The area that we were going to be going to is the southernmost area of the United States along the Mexican border, the intercoastal waterway and South Padre island. We stayed two nights in Winter Haven RV resort. 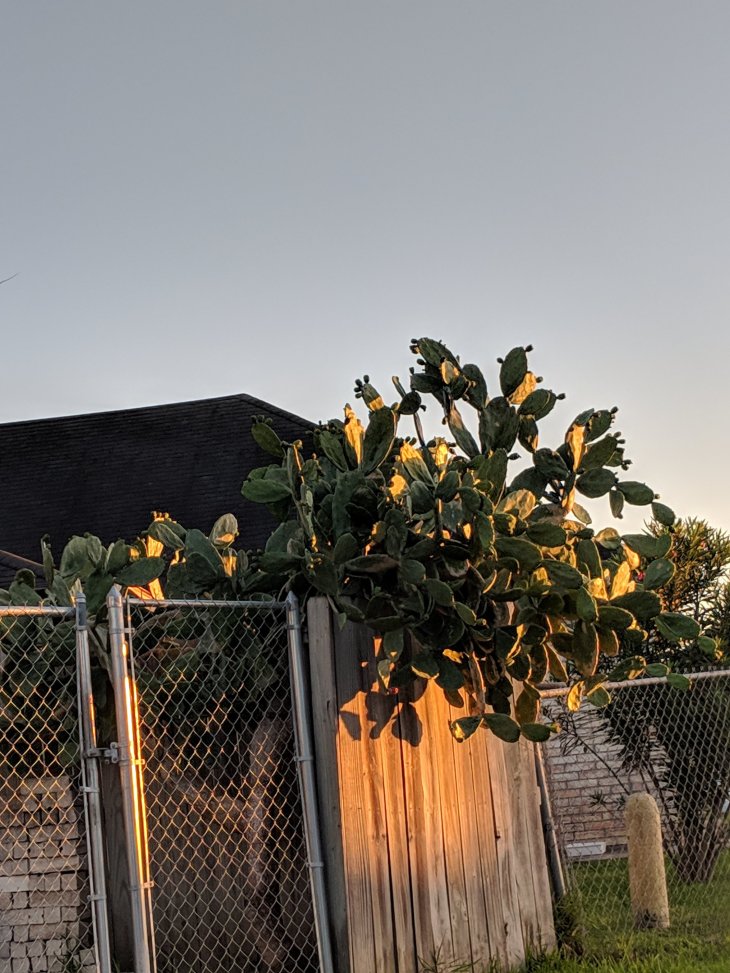 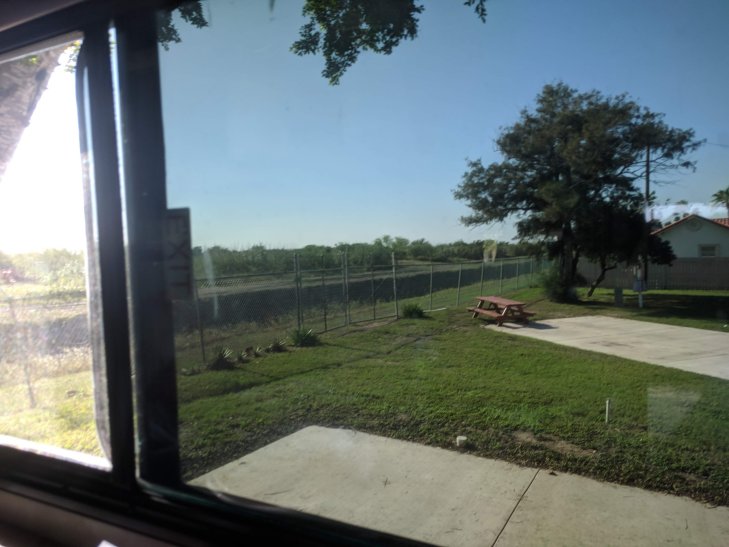 We got to enjoy a very simple RV Park. We also enjoyed seeing prickly pear cactus up close in person for the first time.All along the road we are continue to be blessed by the changing dynamics of the scenery. Texas has been very flat along the gulf coast and we can see how hurricanes can do so much damage.We are also quite surprised that we were not met with any of the uprisings that were being reported by national news agencies of the illegal aliens trying to infiltrate the border.

We decided even though we arrived mid-afternoon that we would take a drive and go down to South Padre Island. 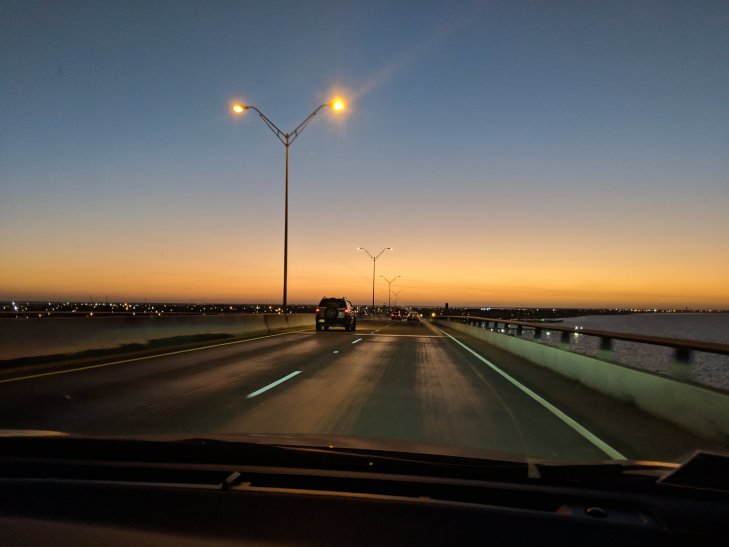 … about 45 minutes away from our RV park.We definitely weren’t disappointed as we went there’s a little town of Port Isabella.

It just happened to be that Port Isabella was celebrating their Christmas parade and the arrival of Santa Claus.We took a quick trip over the bridge to South Padre island…

and came back to enjoy the parade.

The Point (Port) Isabel Lighthouse is a historic lighthouse located in Port Isabel, Texas, United States that was built in 1852 to guide ships through the Brazos Santiago Pass to Port Isabel. Of the 16 lighthouses originally constructed along the Texas coast, Port Isabel is the only one open to the public. With a perch 50 feet above the ground, it is popular with photographers and other visitors, because they can enjoy great views of South Padre Island and the beaches. In fact, a number of couples have climbed the 75 winding stairs, including three short ladders, to exchange wedding vows at the top of the tower. 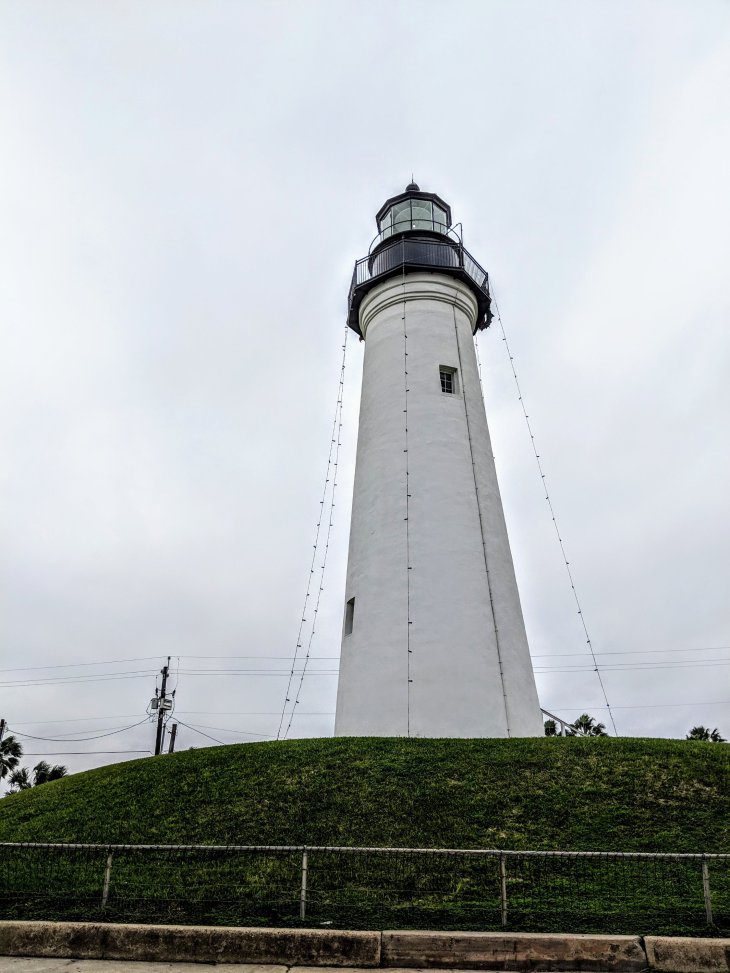 The two-mile-long Queen Isabella Causeway, located in southern Cameron County, Texas, is the only road connecting South Padre Island, Texas to the mainland. The Causeway was opened in 1974 and replaced the previous bridge, which had also been named Queen Isabella Causeway. This bridge also spans the end of the Gulf ICW.

Queen Isabella Memorial Causeway collapsed on the night of Sept. 15, 2001, killing eight people when they plunged from the roadway 80-feet below into the bay after a tugboat and tug slammed into the base.Let’s say we looked differently at the bridge causeway after learning of its history. The bridge which is totally safe now with new navigation lanes had pelicans flying along the side of the road as we travel across. 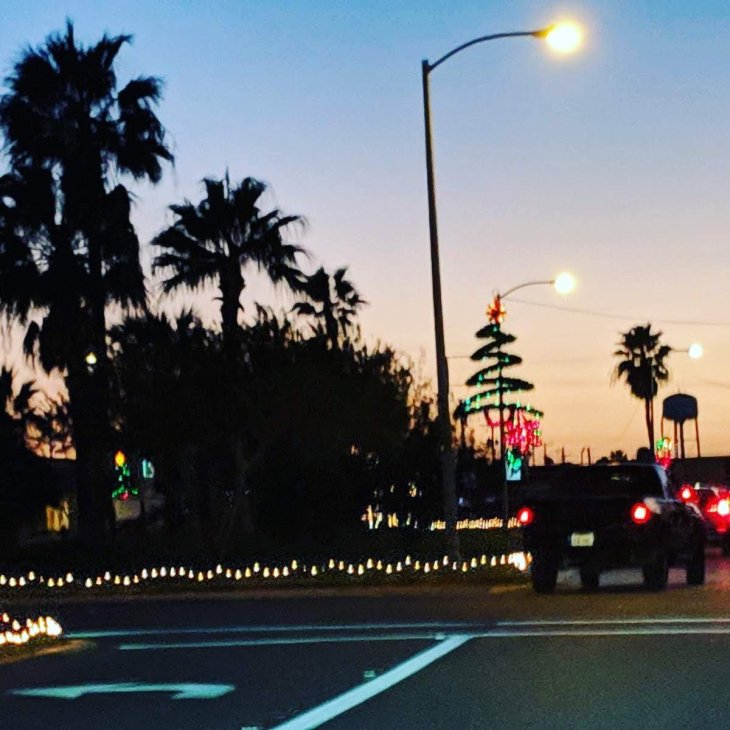 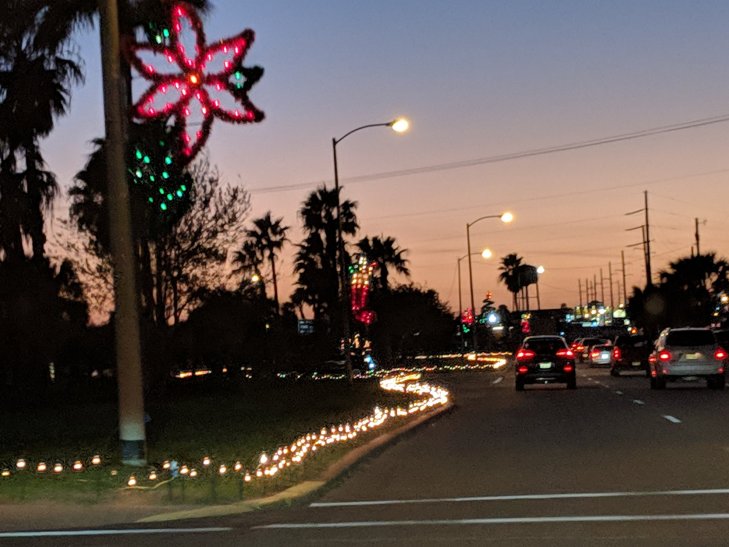 The sunset was amazing over the water and up to the town of Port Isabella as we settled in for the towns Christmas parade.It was amazing the number of kids and families gathered who almost all spoke Spanish which of course is no surprise as we’re only a few miles from the Mexican border and of no surprise as this part of Texas was once part of Mexico.Next trip we take a look at San Padre Island.

Love what you do.